The Washington Group Questions In Action: Six Lessons Sightsavers Has Learned So Far… 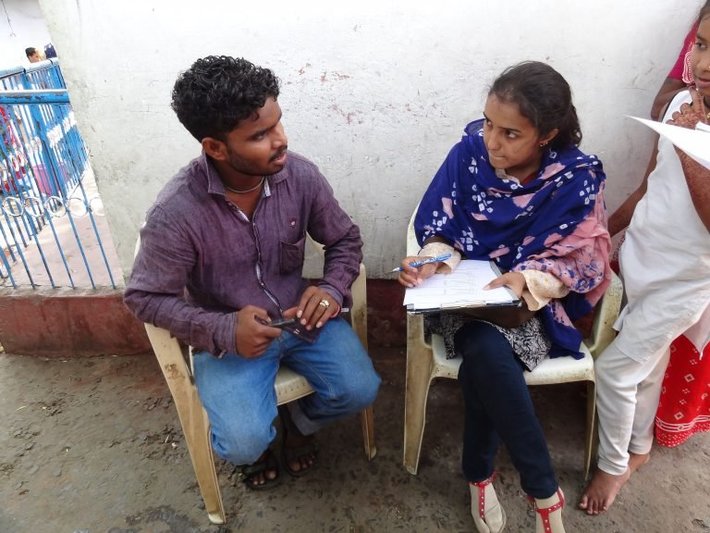 Last month, we wrote about how Sightsavers has incorporated the Washington Group questions into some of our projects in Cameroon, India, Malawi and Tanzania.

When asked directly, the vast majority of patients in India (99.4%) answered “no” when asked the census question, “Are you disabled?” But when the Washington Group Short Set of Questions (WG-SS) was used, 17% of participants reported “a lot of difficulty, or cannot do it at all” in at least one of the six domains.

The study in India also showed a significant gendered impact to the answers given to different question methodologies. Using the direct question, 0.4% of women and 0.7% of men reported being “disabled”. When asked the WG-SS, 14.1% of men and 19% of women reported “a lot of difficulty or cannot do it at all”. This means female respondents had a greater likelihood of reporting functional limitations but a lower likelihood of self-identifying as disabled than their male counterparts.

This finding in particular needs further examination so we can understand why this may be the case, and identify the possible gender aspects of social stigma (there are additional questions as to whether or not possession of a government-issued disability card had an impact on responses to the more direct question).

2. Education around the WG-SS is essential

In the India study, some participants – particularly those with medical training – had doubts about the usefulness of the WG-SS as opposed to a single direct question or a clinical diagnosis.

We had the opportunity to test the questionnaire in Bhopal before launching the study – but we didn’t have the same time resources in Tanzania. Staff fed back that the more training they had, the more quickly they felt proficient with the questions. Recommendations were made for trainers to be available for the first few days of each data collection period to answer questions the data collectors might have, and for regular refresher sessions to be held every six months or so if data collection took place over a longer period of time.

4. Inclusive efforts by themselves generate demand

In Tanzania, qualitative information collected alongside the WG-SS confirmed that people with disabilities were attending trachoma-focused camps seeking general health services. This is likely due to additional barriers to accessing standard health facilities, including travel time, and the cost and inaccessibility of transport options.

This discovery led to programme staff identifying needs in each village, and targeting interventions accordingly. For example, they now pick up medicines on the way to a camp when they know a village is far from a local health facility. If time allows, they also provide other minor treatments and surgeries in the camps (where medical personnel present are equipped to deliver these). As in India, a referral mechanism with nearby health facilities has been established.

5. Intersectionality is critical in project thinking

In Cameroon, findings highlighted the correlation between those with activity limitations– 49% of people with visual difficulties reported “a lot of difficulty or cannot do” in at least one other domain. This shows how important it is for health services to take an inclusive approach. It’s not sufficient for an eye health service to assume that as long as approaches suited to visual  difficulties are used, the needs of patients are being met.

In Malawi we learned not only that using the WG-SS alongside the Equity Measurement Tool was possible and useful, but also that it highlighted how the questions can be used alongside other tools to build a more accurate picture of an individual’s risk of exclusion. In this specific project, findings showed that people with disabilities were disproportionately represented in the lower income groups, and that trachoma project services were disproportionately accessed by people in second-wealthiest quintiles. The most marginalised people were least likely to attend the camps. This provided powerful data requiring a shift in project approach.

In India, our disability disaggregated data pilot was designed to feed into the development of an inclusive eye health project – collecting data on disability was the start of a clear process towards full inclusion. Partners reported that they wanted to continue collecting data, but in an improved way, building on what was learned and conducting further analysis where required.

In all our data disaggregation work, we’re working to improve the accessibility of our information, education and communication materials, and conduct activities to improve public awareness of the rights of people with disabilities and other marginalised groups.

As well as increasing our organisational knowledge of how best to collect and share data on disability, the lessons we’ve learned so far have led to discussions within Sightsavers about what we’ll do next in other programmes, and how best we can contribute to the global knowledge base on disability data.

Jennie Bell is Disability Disaggregated Data Project Manager for Sightsavers, an international development organisation working in more than 30 countries to eliminate avoidable blindness and promote the inclusion and rights of people with disabilities.

You are currently offline. Some pages or content may fail to load.